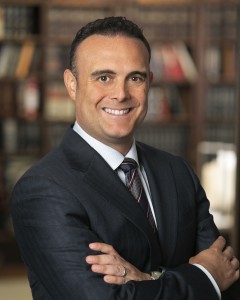 To Adam, every client who walks into the firm is more than just a case. These individuals are dedicated workers, first responders, parents, students, teachers, and more; each comes with a set of unique circumstances and traumatic experiences that have completely altered their lives. Adam’s genuine ability to connect with his clients establishes positive rapport from the start. He empathizes with the challenges his clients face during the legal process and tirelessly advocates for their rights through the entirety of the case.

Adam spares no expense when it comes to seeking justice. His commitments and aggressive litigation tactics have allowed him to secure multi-million-dollar resolutions for his clients. This same perseverance renders Adam a force to be reckoned with in the courtroom, earning him the recognition of 2019 Mass Torts Attorney of the Year by the LI Herald, NTLA Top 25 Mass Torts Lawyer, NTLA Top 100 Trial Lawyers, and a member of the Multi-Million Dollar Advocate Forum. Furthermore, Adam has been named one of America’s Top 100 High Stakes Litigators and Super Lawyers designation from 2014 to 2019.

Adam’s extraordinary efforts in his national mass tort cases have sparked the attention of both local and national publications. His work has been featured in a variety of legal journals, newspapers, and other mass media sources: The New York Times, U.S. News & World Report, Chicago Tribute, The New York Law Journal, Washington Post, and Law 360. Additionally, Adam has been interviewed on several news broadcasts, including Fox 5 News, CNN, and Dr. Drew, for his legal advice and expertise.