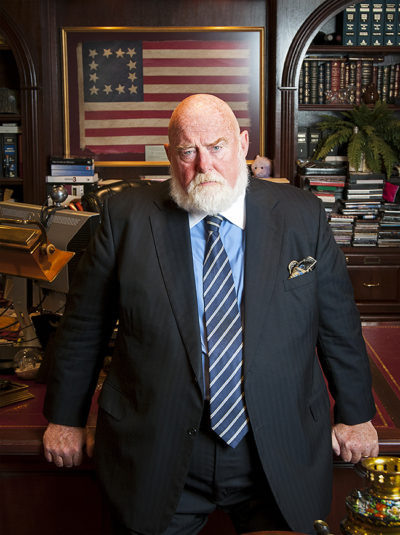 During his forty years specializing in catastrophic injury and wrongful death cases, Mr. Keenan has secured over 378 verdicts and settlements over $1,000,000, including 14 over $10,000,000 and one over $100,000,000. Mr. Keenan has dedicated his practice to child injury and wrongful death cases arising from medical negligence, products liability, and premise liability, with the goal of making our society safer for children. He has handled cases in 47 states and on three continents.

Mr. Keenan strongly believes that our duty does not end when we secure justice for the child and family. Equally important is learning from the prevention lessons of the case and formulating a public awareness campaign to help prevent future injuries and deaths and when necessary, push for legislation and regulations. He calls this unique approach to law the One-Third Solution: one-third litigating the case, one-third public awareness on the prevention and one-third pushing for regulations and legislation. Examples of his One-Third Solution are the Playground Safety Project being featured on the Today Show for the past three years, The Toy Safety Campaign profiled in USA Today and Good Morning America. The Imagine Magazine Summer 2005 issue featured Don Keenan and his One-ThirdSolution as did Mercedes Momentum Magazine in winter of 2004.

In 1992, he became the youngest National President of the American Board of Trial Advocates and during his tenure, led a delegation of lawyers to Czechoslovakia and later was invited to Russia to produce the first civil trial in the history of those two emerging democracies. In 1997, he became National President of the Inner Circle of Advocates, the most exclusive group of trial lawyers in the country. In 1999, he was given the prestigious Chief Justice Award for Civility and Professionalism, the highest award possible for a lawyer in Georgia. He now serves on the Advisory Committee for the National Judicial College in Reno, Nevada, which trains the majority of new judges in the United States. In 1990 and again in 1992, he was named Trial Lawyer of the Year.

Don successfully handled the 1980’s U.S. Supreme Court case of Kathy Jo Taylor which was the first case in United States history to establish due process rights for foster children. Again, in late 1999 he handled the nationally publicized case of Terrell Peterson, an abused foster child, who was on the cover of Time Magazine (11/2000) and was the subject of the highest rated 60 Minute story of the year. Both cases resulted in significant changes in the rights of children in state custody. In 2006 he obtained the largest US jury verdict on behalf of an abused child.