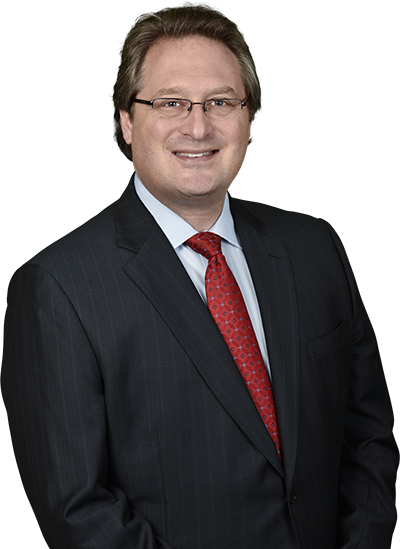 Edward H. Zebersky is a Founding Partner of Zebersky Payne Shaw Lewenz, LLP, and Chair of the firm’s Class Action & Insurance Practice Group. Mr. Zebersky is a Martindale Hubbell AV rated Super Lawyer, recognized as not only a “Top Florida Attorney,” but also one of the Top 100 Trial Lawyers in America. A trial lawyer through and through, Ed’s practice ranges from traditional personal injury cases, to more complex litigation involving defective products, bad drugs, medical malpractice, insurance issues, hurricane damages, corporate disputes, fraud, RICO, malicious prosecution and constitutional law challenges. Ed has litigated and prevailed against some of the world’s largest corporations in some of the nation’s largest lawsuits, handling over 70 class actions, resulting in settlements totaling nearly $200 million.

Because of his vast knowledge and passion for protecting consumers, Mr. Zebersky actively lobbied on issues involving insurance legislation and consumer protection. Appointed by the President of the Senate to serve on the Florida Auto Insurance Fraud Task Force, there was a time when nearly every piece of consumer legislation was altered or affected by Edward H. Zebersky. Mr. Zebersky also served as President of the Florida Justice Association and the Academy of Florida Trial Lawyers, and was recently awarded the Legacy Award for his dedication and service to Florida’s children and families. On the American Association of Justice Board of Governors, Ed serves on numerous committees, including the Organizational Review Committee, the National Finance Committee, the Public Affairs Committee, the Judicial Nomination Committee and the AAJ PAC.

A community man at heart, Ed has received several pro bono service awards for the time and work he has donated to those who could afford to hire a lawyer. Ed was born and raised in Oyster Bay, New York, until attending University of Wisconsin-Madison, where he graduated with a dual degree in Finance and Marketing. Ed then earned his JD at the University of Miami School of Law, graduating in the top 10% of his class with appointment to the Order of the Coif, and serving as a Student Bar Association Senator, Managing Editor of his law review, and on the Moot Court Board.

Edward H. Zebersky is a passionate attorney with a love for his career and a dedication to justice, fairness, and the rule of law. He also believes that no case is too big or too small and that everyone in this world deserves a full cup of justice.

In his free time, Ed and his wife Debbie enjoy traveling, boating, cooking and most of all cheerleading at their three boys’ athletic events.

I think every client deserves a full cup of justice.

Who’s Who in American Law

United States District Courts for the Northern, Southern and Middle Districts of Florida

United States District Court for the Eastern District of Michigan

District of Columbia Court of Appeals

Order of the Coif

Code and Rules of Evidence Committee

American Board of Trial Advocates