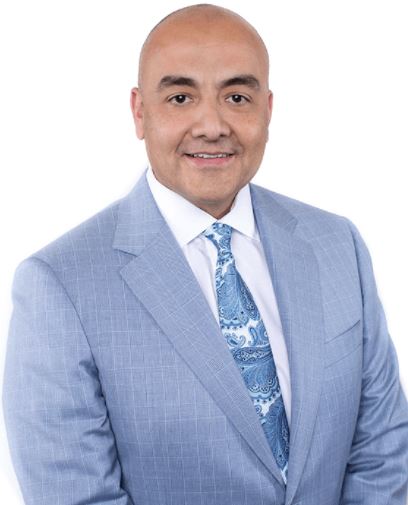 Zappitell Law Firm’s Gabriel F. Zambrano, is an AV rated attorney by his professional peers through the Martindale-Hubbell © Peer Review Rating system. As well as a Top Rated Lawyer by ALM & Martindale-Hubbell in the areas of Personal Injury & Mass Torts. Attorney Zambrano is a long time resident of South Florida, who has practiced law throughout the State of Florida since 1994. He began his career handling commercial litigation and insurance defense cases, allowing him to fully understand the entire process of case.

His trial experience includes handling complex and catastrophic injury cases, as well as multiple trials that approached or exceeded thirty days at trial. In 2011, he was invited to serve as co-counsel in an Engle Tobacco trial that resulted in one of the largest reported verdicts in 2011. Today, he advocates on behalf of victims of personal injuries, and assists individuals seeking justice. Mr. Zambrano gained national prominence as an early advocate for girls and women that suffered life altering blood clots, strokes or heart damage from use of the Blockbuster drug Drospirenone (DRSP) containing birth control pills trademarked and manufactured by Bayer Healthcare Pharmaceuticals: Yasmin, YAZ, Beyaz & Safyral.

He is considered, and has remained, a Key Opinion Leader on the litigation and served as Lead Counsel or Co-Counsel for several women among the first 100 YAZ lawsuits filed in the ongoing Multi-District Litigation (MDL) and coordinated State Mass Tort Proceedings.

In 2014, Attorney Zambrano partnered with another attorney, obtaining an $806,289.00 jury verdict in a one day Trial. This was a no offer case with the victim having approximately $96,000.00 dollars in medical expenses following a brutal assault at a bar. In 2014, Mr. Zambrano continued to secure impressive settlements for his clients, resolving a complex elevator accident case on behalf of an injured worker for $1 Million Dollars. The result was featured in AAJ’s TRIAL Magazine, January 2015, Verdicts & Settlements as a notable result in Workplace Safety. The worker had been injured and incapacitated while his employer conducted a self-serving post-accident investigation where they blamed him for his partial hand amputation while ignoring other evidence that was only discovered through years of advocacy.

Attorney Zambrano explains that his determined passion for victims and families comes from his personal experiences as a naturalized American Citizen and First Generation American Immigrant. “I know how hard people have to work to get ahead and pursue their version of the American Dream. To have an accident, drug or defective product, derail your future is life altering and our civil justice system provides a potential remedy and methods for holding companies and people accountable. Trial Attorneys’ and experienced advocates are the only way to level the playing field against insurance companies, pharmaceutical companies, or manufacturers. Contingency fee, no recovery – no fee contracts, allow us to bear the risk and utilize our resources to seek legal redress and change on behalf of victims.”

Supreme Court of the United States

The Top Florida Verdicts & Settlements of 2011

“Big Pharma Lurking in Social Media – Where is FDA?” , Mass Torts Made