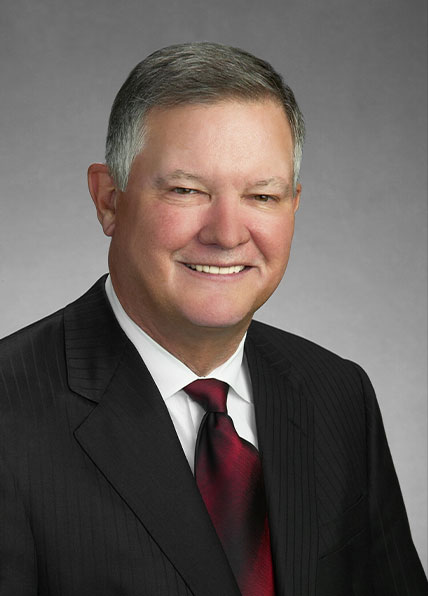 Founder of Fleming | Nolen | Jez L.L.P. (“FNJ”), a law firm of civil trial lawyers. FNJ concentrates its practice on personal injury and mass tort litigation. The firm has won billions in verdicts and settlements for our clients.

Lead trial lawyer in a mass tort property damage case. Fleming tried the case to punitive damage jury verdicts eight times for different groups of clients over fourteen months of actual trial time. He was the only lawyer to ever try the case obtaining millions each time he tried the case. The case ended up settling for over two billion dollars.

Personal injury mass tort cases. Fleming was lead counsel on the first case the firm tried to a jury verdict. The jury returned a verdict of over $29 million. FNJ’s trial lawyers tried the case to juries 27 times with Fleming trying almost half of those. FNJ cases settled for over one billion.

Trials against major oil and gas companies. For example, Fleming tried a case against Exxon that resulted in a jury verdict of over $10 million that was affirmed by the U.S. Court of Appeals for the 5th Circuit.

FNJ lawyers have been appointed by a number of federal and state Judges to serve as lead counsel and on Plaintiff Steering Committees (PSC) in a number of major mass tort cases.

George Fleming is a native Texan who received his Bachelor of Business Administration and Juris Doctor from the University of Texas at Austin. He began his law career as a trial attorney at the U.S. Department of Justice, representing the United States in major trial cases. George subsequently returned to Texas and became a partner in an Austin law firm.

Then he moved to Houston to start his own practice, focusing on mass torts, aviation disasters, product liability, and plaintiff’s personal injury. He founded the firm that became Fleming | Nolen | Jez, L.L.P., where he established his reputation in mass tort, aviation and consumer litigation cases.

Speaking Engagements to Professional Associations on Mass Torts Include

Articles and TV Shows Mr. Fleming’s Work Has Been Presented

U.S. Court of Appeals for the Third, Fifth, Seventh, Eleventh and District of Columbia Circuits

U.S. District Courts for the Northern, Southern, Eastern and Western Districts of Texas and the District of Columbia

University of Texas Medical Branch at Galveston Development Board

University of Texas Health Science Center at Houston Board

MDL and Class Action Cases Mr. Fleming and FNJ Lawyers Have Worked on Recently  Include:

Class Counsel in Harry Snowden, Individually and as Representative of All Persons Similarly

Member of the Mississippi Litigation Group In Re Bogalusa Chemical Release, No. 251-96-493-

Top 25 in Mass Torts by the National Trial Lawyers

Who’s Who in American Law, a Marquis Who’s WhoÒ

Top rated lawyer for 2022 by Avvo.com