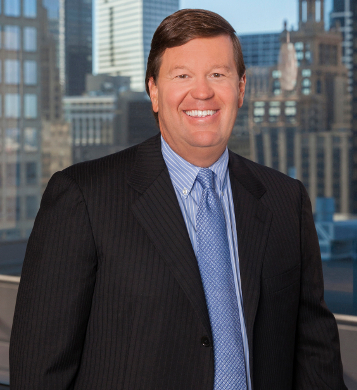 During December of 2002, Mr. Nabers served as lead counsel on a Philadelphia case involving Fen-Phen as part of MDL 1203, In Re: Diet Drugs (Phentermine, Fenfluramine, Dexfenfluramine) Products Liability Litigation, in the United States District Court for the Eastern District of Pennsylvania. His verdict of over $200 million was the largest jury verdict obtained for a Fen-Phen heart valve case.

Mr. Nabers received his Bachelor of Business Administration from Baylor University in 1987. He then earned his Juris Doctorate from South Texas College of Law in 1991, where he participated in Moot Court, Phi Alpha Delta, and also made the Dean’s List during his studies.

After pursuing pharmaceutical and medical device litigation with Fisher, Gallagher, & Lewis LLP, Mr. Nabers rose to the rank of partner through diligently pursuing mass tort litigation at Helm, Pletcher, Bowen & Saunders, LLP and then at Blizzard & Nabers, for which he was a founding partner. He has been named among Houston’s Top Lawyers and a Texas SuperLawyer from 2010 to 2014.

He is currently licensed to practice law in Texas and Arkansas, as well as before the Texas Supreme Court, the U.S. District Courts for the Eastern, Northern, and Southern Districts of Texas, and the U.S. Supreme Court.

If you or a family member has been injured due to the negligence of another party, you need an attorney with experience handling personal injury litigation.

For over 25 years, the law firm of Nabers Law Firm has represented people who have been affected by a catastrophic injury or who have lost a loved one due to wrongful death. Our firm has taken on some of the largest corporations in the world, and we fight aggressively to represent our clients and to help them rebuild their lives.

A massive cargo ship floating on a calm sea

American Board of Trial Advocates