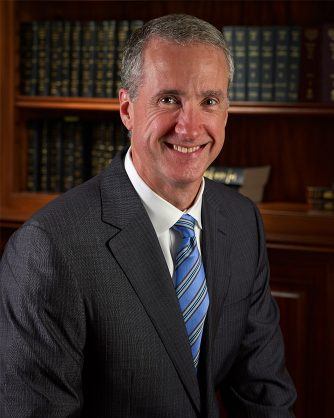 Mr. Jackson was selected for inclusion among the 2012-2017 Super Lawyers for the State of Alabama, the 2013-2017 National Trial Lawyers Top 100 Trial Lawyers, and the 2016-2017 National Trial Lawyers Top 25 Mass Tort Lawyers. He is a member of the Multimillion Dollar Advocates Forum, was named Best of the Bar by the Birmingham Business Journal, and was named among Birmingham’s Best Lawyers by Birmingham Magazine. Mr. Jackson is an AV rated attorney, reflecting the highest attainable level of professional achievement and ethical integrity as voted on by his peers.

Mr. Jackson graduated from Emory University School of Law, where he was selected to Emory’s National Moot Court Team, was named Emory’s Best Oral Advocate, and was selected by the faculty for inclusion in the legal honorary society Order of Barristers.

Mr. Jackson is active within the Alabama State Bar, having served as the chairperson for the Alabama State Bar Leadership Forum Steering Committee and as a member of the Editorial Board of The Alabama Lawyer. He is also active within his community and teaches Sunday school to high school students at Dawson Memorial Baptist Church. Mr. Jackson is married to the former Tricia Dawkins of Atlanta, Georgia. They have two sons, William and Evan.