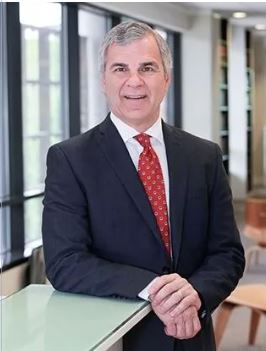 Kirk’s practice focuses on representing plaintiffs in products liability, medical malpractice and pharmaceutical/medical device litigation. Kirk has over 30 years of experience trying lawsuits and managing significant pieces of litigation including class action claims of consumer fraud, antitrust violations, pharmaceutical and other mass tort product liability, toxic torts, professional negligence claims and general business litigation. During his career, Kirk represented some of the largest corporations in America in jurisdictions around the country and now uses that experience in seeking justice for people who have been injured or lost a loved one due to the negligence of others. Kirk also works as a mediator and has fulfilled the training requirements set out in Missouri Supreme Court Rule 17.

Early in his career, by recommendation of Missouri Judges, Kirk received the Lon O. Hocker award as one of the three outstanding young trial lawyers in the state. Later, Kirk was inducted as a Fellow in the American College of Trial Lawyers. He is also a member of the International Academy of Trial Lawyers, International Society of Barristers and the American Board of Trial Advocates, all organizations whose members are recognized for their trial and advocacy skills as well as ethics and professional responsibility. Kirk is “Board Certified” and ‘re-certified” as a trial advocate by the National Board of Trial Advocacy (Missouri has no approved certification process). He has been listed on numerous occasions in the “Best Lawyers” in America, “Missouri and Kansas Super Lawyers,” including several times being named one of Missouri’s top 10 lawyers and Kansas City’s “Best of the Bar.” He is a frequent writer and lecturer on the topics of trial practice and technique. Mr. Goza is a member of the American Trial Lawyers Association, Missouri Bar Association, and the Kansas City Metropolitan Bar Association.

2004 “Board Certified Trial Advocate” National Board of Trial Advocacy (Missouri has no mechanism to approve certification programs) re-certified 2009, 2014, 2019.

Member of The Academy of Catastrophic Injury Lawyers

Admitted 1995 American Board of Trial Advocates

1990 Who’s Who of Emerging American Leaders

2008 KCMBA Board of Directors Member At Large

2002 Treasurer Board of Directors ABOTA

2001 Secretary Board of Directors ABOTA

2001-2004 Vice-President of Board of Directors Foundation Workshop (A sheltered workshop providing jobs for adults with special needs.)

2000 – 2004 Board of Directors Youth Service Alliance of Greater Kansas City, Inc. (Supports over 150 schools that encourage young people to engage in community service.)

1997-Present Board of Directors Foundation Workshop

1992 Delta Upsilon Alumni Board of Directors

Honor Society of Phi Kappa Phi (upper 10 percent of the class only).

Solo and Small Firm Conference, Getting Started and Keeping It Going, KCMBA, (October 13, 2006)

MATA, “Representing Your Client – A Perspective of What the Other Side Looks for in Cases,” (June 21, 2002)

KCMBA, “How To Conduct The Purposeful and Strategic Cross-Examination” (June 25, 1997)

Second Annual Defense Tactics Institute, What Makes an Effective Cross-Examination of Both Non-Experts and Experts (February 27, 1992)