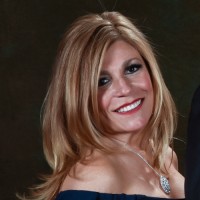 Maria del Pilar Ocasio-Douglas, Esq. is trial counsel to the firm and is the current Chairperson of the Board of Governors for the New York City Trial Lawyers Association, where she previously served as its President. A former Prosecutor for the Bronx County District Attorney, Ms. Ocasio-Douglas has been trying civil cases with million dollar results for nearly two decades now. Ms. Ocasio-Douglas was born and raised in the Bronx, although she spent much of her youth growing up in Hoyo de Manzanares, Spain, a small rural town on the outskirts of Madrid. She attended Fordham University from 1984-1988 where she, already fluent in Spanish, majored in Foreign Languages (French, German and Italian). She then obtained her law degree from New York Law School.

Upon graduating in 1991, Ms. Ocasio-Douglas worked for the Office of the District Attorney Bronx County becoming one of its first Hispanic Assistant District Attorneys prosecuting violent felons, achieving a near perfect record of conviction along the way.

In 1995, having honed her considerable trial skills, Ms. Ocasio-Douglas moved to the private sector and was hired by the law firm Pasternack Popish Reiff & Tuminaro, PC where she began trying civil personal injury cases, again with remarkable results. In 1998, Ms. Ocasio-Douglas went to work for the law firm of Bauman & Kunkis, PC, handling that firm’s major personal injury, medical malpractice, and product liability trials in the five boroughs, as well as Nassau, Suffolk and Orange counties. Her great success in those endeavors lead to a partnership in 2004 and the firm’s name was changed to Bauman Kunkis & Ocasio-Douglas, PC.

In 2008, Ms. Ocasio-Douglas left to form her own practice in order to focus on the types of cases and work that remains her passion; trials of significant personal injury cases in the areas of medical malpractice, product liability, and negligence, and she serves presently as trial counsel to Douglas & London, P.C., where her husband Gary Douglas is a founding partner.

Ms. Ocasio-Douglas is active in her support of the Women’s Bar and the Hispanic community. She presently serves on the Board of Directors of the New York City Trial Lawyers Association where she has previously served as its President and now currently serves as Chairperson of the Board of Governors.