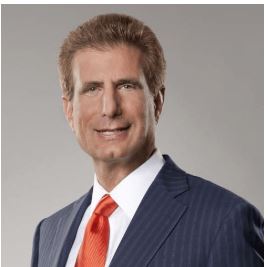 In 2007 and 2008 Mr. Bart was selected as a 'Super Lawyer' in the field of General Personal Injury for Plaintiffs by Law and Politics Magazine, a publication written by attorneys, for attorneys. This recognition resulted from thousands of ballots sent to all active attorneys in Louisiana regarding Mr. Bart's professional achievements and peer recognition, amongst other deciding factors. This designation places Morris Bart in the top 5% of all attorneys in the state of Louisiana.

Morris Bart is the founder of the law firm of Morris Bart, LLC in 1980, he became the first attorney in Louisiana to advertise personal injury on television and since that time has been a leader of marketing legal services in Louisiana. The Morris Bart law firm is devoted to personal injury law with offices in New Orleans, Baton Rouge, Monroe, Alexandria, Lake Charles, Lafayette and Shreveport, Louisiana; in Gulfport, Pascagoula and Hattiesburg, Mississippi; in Mobile, Huntsville and Birmingham, Alabama; and in Texarkana and Little Rock, Arkansas. His staff consists of over 100 lawyers and 200 employees, making it one of the largest plaintiff personal injury law firms in the United States. Mr. Bart believes in giving back to the community and is active in and a board member of numerous civic, educational, and religious organizations. Additionally, he is an active tennis player and fitness enthusiast.